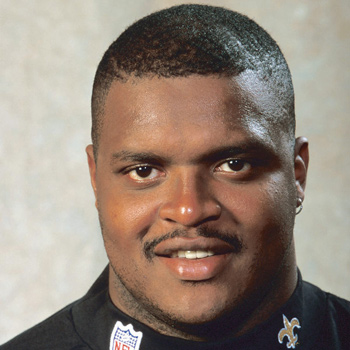 New Orleans’ first round selection of the 1989 NFL Draft (19th overall), Martin appeared in 171 games with 155 starts over his 11-year career, all of which were spent in a Saints uniform. He ranks seventh on the club’s all-time games played list, and started each game over his last nine seasons. He recorded 82.5 sacks which ranks second in franchise history. He posted 596 tackles, one interception, 12 forced fumbles and 13 fumble recoveries. Martin was selected to his only Pro Bowl in 1994.