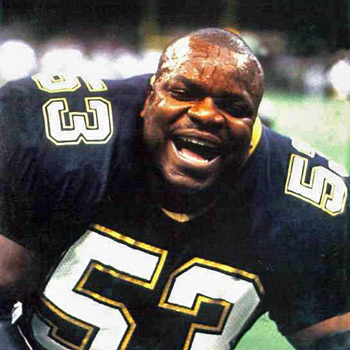 Selected by New Orleans in the first round (15th overall) of the 1984 NFL Supplemental Draft of USFL and CFL Players, Johnson joined the Saints in 1986 after two seasons with the USFL’s Jacksonville Bulls. He would appear in 120 games with 98 starts over his eight seasons with the club. He posted totals of 12.0 sacks, 664 tackles, four interceptions, 11 forced fumbles and five fumble recoveries. He was selected for the Pro Bowl in four consecutive seasons from 1989-92 and was a member of the vaunted “Dome Patrol”. In 2011, he was selected for the Louisiana Sports Hall of Fame.