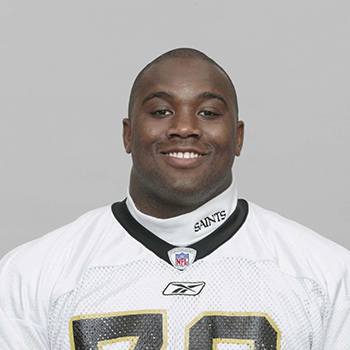 Selected by New Orleans 44th overall in the second round of the 2002 NFL Draft, this two-year starter and three-year letterman at Ohio State started all 57 games he appeared in for the Saints from 2002-05. In 2002, after starting 14 contests at the guard position, the Cleveland, Ohio native was named Sports Illustrated’s Offensive Rookie of the Year as well as to Pro Football Weekly’s All-Rookie team. Bentley would also earn Pro Bowl honors after his rookie season. Bentley would see success at the center position as well, making all 16 starts there in 2004 and being voted as an alternate for the 2004 Pro Bowl. In 2005, his final season with the Black and Gold, Bentley started 14 games at center, earning Pro Bowl honors once again.