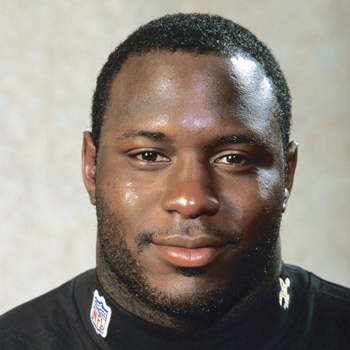 Glover played in 79 games with 65 starts over his five-year career with New Orleans. He finished his Saints career with 50.0 sacks, 318 tackles, one interception, 10 forced fumbles and five fumble recoveries, earning Pro Bowl nods in 2000 and 2001, as well as All-Pro honors in 1998 and 2000. A member of the NFL’s 2000s All-Decade Team, Glover enjoyed his best season in 2000, leading the NFL with 17 sacks, which at the time was the second-most ever by a defensive tackle. He was named the NFC Defensive Player of the Year, on his way to leading the Saints to a division championship and their first-ever playoff win.