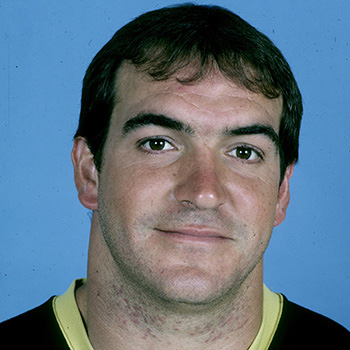 The Baker, Louisiana native was a member of the Saints organization for parts of four decades as a player, scout and broadcaster. A standout at LSU, Gajan was selected by New Orleans in the 10th round (249th overall) of the 1981 NFL Draft, going on to rush for 1,358 yards on 252 attempts (5.4 avg.) with 11 touchdowns over a four-year career in the NFL, all spent with the Saints. He added 63 receptions for 515 yards and two touchdowns. In 1984, while Los Angeles Rams running back Eric Dickerson set a new NFL single season rushing record with 2,105 yards, Gajan led all NFL rushers (with 100 or more attempts) in yards gained per attempt. He would close that season with 615 yards on 102 carries, a 6.03 yards-per-carry average. Through 2015, he remains one of 19 NFL running backs in NFL history to exceed six yards per carry in a 100-or-more attempt season. His career average of 5.4 yards per carry and 1984 season average of six yards per rush both rank second in team history.